Stephanie Harwin, who writes the cat-obsessed blog Catsparella, will go to great lengths to get her feline fix. On her quest to fulfill a lifelong dream—visiting Japan’s Hello Kitty theme park—Harwin endured a bout of severe food poisoning, a language barrier, and a long journey to reach her happy place.

Japan is the ultimate travel destination for cat enthusiasts, and Hello Kitty just the beginning. After all, this is the country that gave us YouTube star Maru, whose antics have racked up more than 200 million views. Tokyo has become famous for its cat cafés, where you can hang out with the furry creatures, and each February brings the celebration of “Nyan Nyan Nyan Day” (a name inspired by the sound cats make).

While the Japanese have the highest per capita cat ownership in the world, there are people crazy for cats everywhere. All this cat love has resulted in some strangely charming places where travelers can stop to pay tribute.

We think you’ll agree: these vacation ideas are the cat’s meow.

Moscow Cats Theatre
This second-generation Russian theater, founded by Yuri Kuklachev and his son Dmitri in 1990, performs in Moscow when the troupe—which includes around 120 cats—isn’t touring the world. Shows feature a revolving series of madcap acts with names like Catnappers, Cat Clowns and Love, and Cats from the Universe. Expect to see the Kuklachevs’ furry stars performing stunts: walking a tightrope, teetering on a rocking horse, and posing on top of a mirror ball. 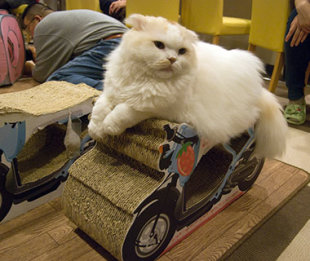 Cat Cafés
Japan’s obsession with all things feline is well documented. After all, this is the homeland of YouTube star Maru, a Scottish fold whose antics have amassed more than 200 million views. Tokyo itself counts more than a hundred “neko” or cat cafés, where patrons come to sip lattes and socialize with numerous cats, who lounge around on chairs, sofas, baskets, and occasionally the laps of their human fans. Some of the more popular: Shimokitazawa’s Cateriam, Nekobukuro in Ikebukuro, Curl Up Café in Haramachi, and Nyafe Melange. There’s even a handy map to locate them all.
Festival of the Cats,
Ypres, Belgium 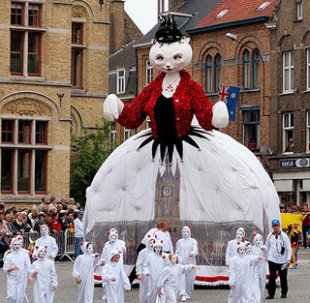 The Kattenstoet (Festival of the Cats) is held every three years on the second Sunday of May; the next is scheduled for 2015. It celebrates the noble feline with a street parade of floats, music, stilt walkers, and costumed townsfolk, many of whom dress as cats, witches, or mice.

The festival culminates with a performance in which a jester tosses children’s toy cats from the Cloth Hall belfry down to the crowd—a tradition that harkens back to the harsh Middle Ages practice of throwing actual cats from the belfry in the spring. (Not to worry: no kitties are harmed in the modern reenactments.) 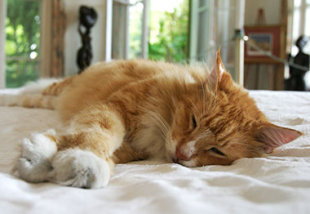 Cat fanatics who are also Hemingway fans will find nirvana at the writer’s former Key West home. The grand, plantation-style limestone house is the domain of around 50 cats descended from Papa’s original Maine coon, Snowball, who was given to him by a ship’s captain. The cats are polydactyl (six-toed), which lends them their distinctive appearance—some say it looks like the cats are wearing mittens. Hemingway named many of his cats after famous people, and the estate carries on the tradition today; look for Lionel Barrymore and Hairy Truman. 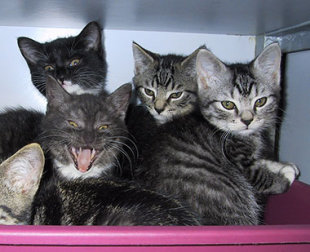 Founded in 1966 by a local legend named Henriette van Weelde—who took in stray cats and eventually moved them onto a houseboat in the canal—the floating barge has become a tourist attraction, drawing cat lovers and the curious alike. Visitors can volunteer, donate, or adopt. 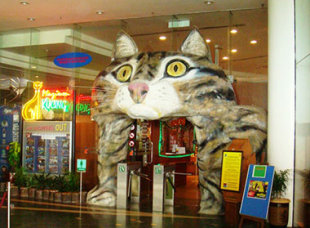 Cats are considered lucky in Malaysia, as in many Asian cultures, and the Kuching Cat Museum in Sarawak pays respectful, if slightly wacky, homage to these fortune-bestowing felines. For starters, you enter the UFO-style building through a giant cat face. Inside await exhibitions, artifacts, artworks, and ephemera dedicated to cats. The pièce de résistance: a thousand-year-old mummified Egyptian kitty. The museum is on a hill, with great views of the city of Kuching—which translates as “cat city.” 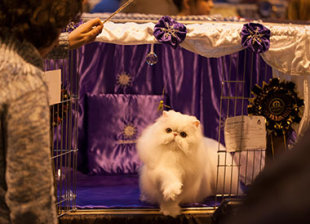 At the U.K.’s largest and most prestigious cat show, held each November at the National Exhibition Centre near Birmingham, you can watch cats relax in their pens and be judged in the ring, and browse for every cat product imaginable at an array of stands. Each cat gets a large double pen, decorated by its owner with brightly colored drapes or more creative trappings based on a given theme—in 2012, it was “Diamonds are forever.” 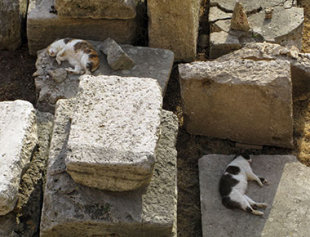 The mission of this sanctuary is to “work together to raise the quality of life of Rome’s abandoned cats”—and it welcomes volunteers. Expect to perform duties such as cleaning cages and distributing food to some of the 300-odd cat residents; if you’re living in Rome you can volunteer as a “foster parent” for young kittens in your own home. The site, which contains ancient ruins, has a glamorous pedigree: while filming at the nearby Teatro Argentina, Italian actress Anna Magnani famously spent her breaks here feeding the cats. 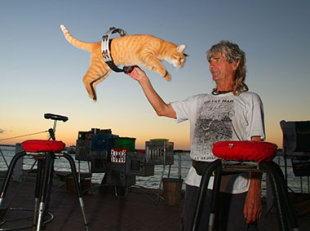 Dominique LeFort is one of the more idiosyncratic locals—and in Margaritaville, that’s really saying something. The performer and his troupe of trained house cats entertain regularly at Sunset Celebration, a nightly arts festival at Mallory Square Dock. The shaggy-haired Frenchman ushers his nonchalant cats across tightropes and through flaming hoops, all while keeping up a madcap banter with the audience (including his catchphrase, “Clap, clap, clap!”), a shtick that has earned the act a cult following. 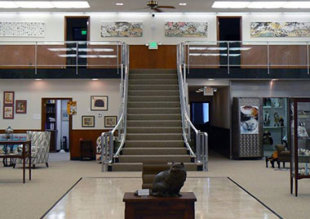 The nonprofit Cat Fanciers’ Association licenses more than 400 annual shows worldwide. For those needing a more accessible feline fix, the foundation runs a small museum dedicated to cats in Alliance, where visitors can peruse the comprehensive collection of cat ephemera, including books, magazines, artworks, and cat show memorabilia.
See more of the craziest places for cat lovers

What does your feet say about your ...